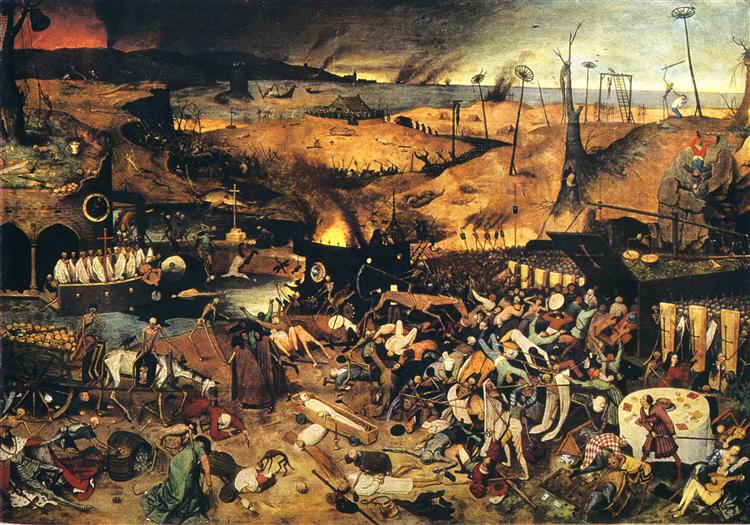 It’s without question that we are all surviving a difficult moment in history right now. Historically, it is during times like these that art and creative release become more important than ever before. There is so much to say in turbulent moments like these, and there’s so much importance in saying what needs to be said.

The poem “160 Days” was created from the reflections I wandered into during the course of the pandemic and subsequent lockdown. It’s a conceptual poem that draws its inspiration from Anne Simpson’s “The Triumph of Death” and Pieter Bruegel’s painting of the same name. Bruegel’s painting was created in 1562 and depicted a timeless landscape of war, death, and destruction. Anne Simpson took the imagery found in his painting and used it as fuel to create a striking poem depicting the modern catastrophe of 9/11, and to make a commentary on the cyclical nature of human suffering. I wanted to follow that same path in order to highlight these new modern atrocities that we are living now. There has been so much for us to swallow this year.

The poem, “Six Feet Like Oceans” is one that I wrote in response to a moving, modern painting that has been circling the web by the Spanish painter Juan Lucena. The painting is intended to make note of all those who did not get to say goodbye to their loved ones during the pandemic. I thought that a poem depicting the same would be a lovely compliment.

Beyond the tangible sorrow in both of these poems, I hope you can also find hope. We all need hope.

Jaryn Hollowink is a writer who makes her home in Nelson, British Columbia. Though new to writing in the educational setting that Selkirk College provides, Jaryn has been actively writing since she could effectively hold a pen and use a keyboard. When not reading or writing, Jaryn enjoys spending time in nature with her young son.