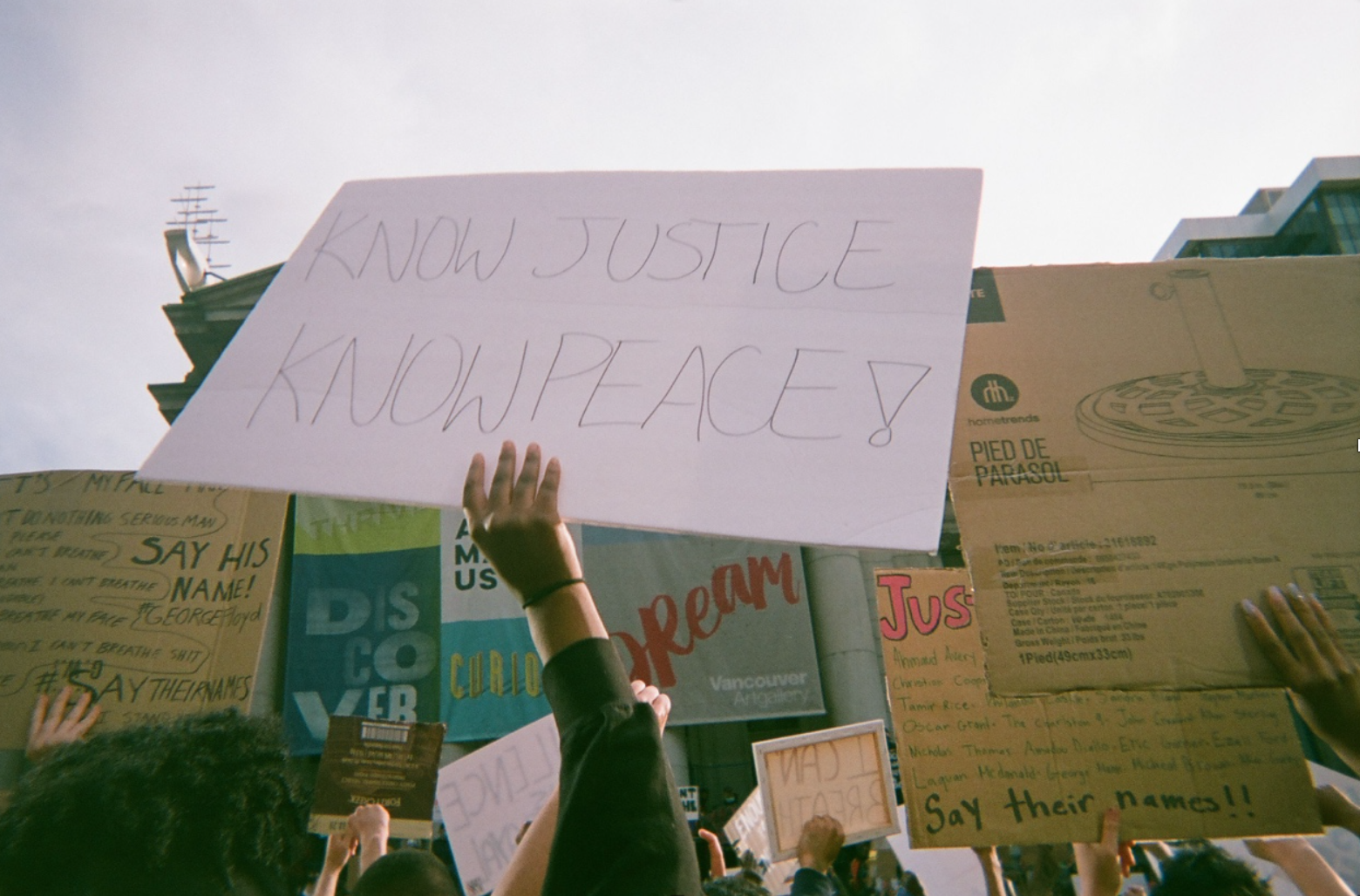 I spent the first two months of quarantine in Nelson (an ideal place to be during a pandemic) and then decided to visit my family in Vancouver. My intention was to stay isolated at my parents’ house, but that changed when I watched the news on May 25. I wrote this poem immediately after attending a peaceful protest against police brutality, sparked by the murder of George Floyd. There have been too many innocent lives lost throughout human history in Black, Indigenous, and racialized communities. The Black Lives Matters movement was formed seven years ago and yet the tipping point is now. Black Americans are three times more likely than white Americans to be killed by the police. Recent human rights violations have jolted people out of isolation. People who have never spoken up before are finally doing so, endangering themselves and others, to fight for human equality. It is a scary and important time. I wish I was more active in the past. Why did it take me until now to write this poem?

I promise to do better. To be an activist for human rights. To stay educated. To make art.

Stephanie Henriksen is a full – time creator and barista in training. She was raised in Jakarta, Indonesia and now lives in Nelson, BC with her partner and dog Hugo.