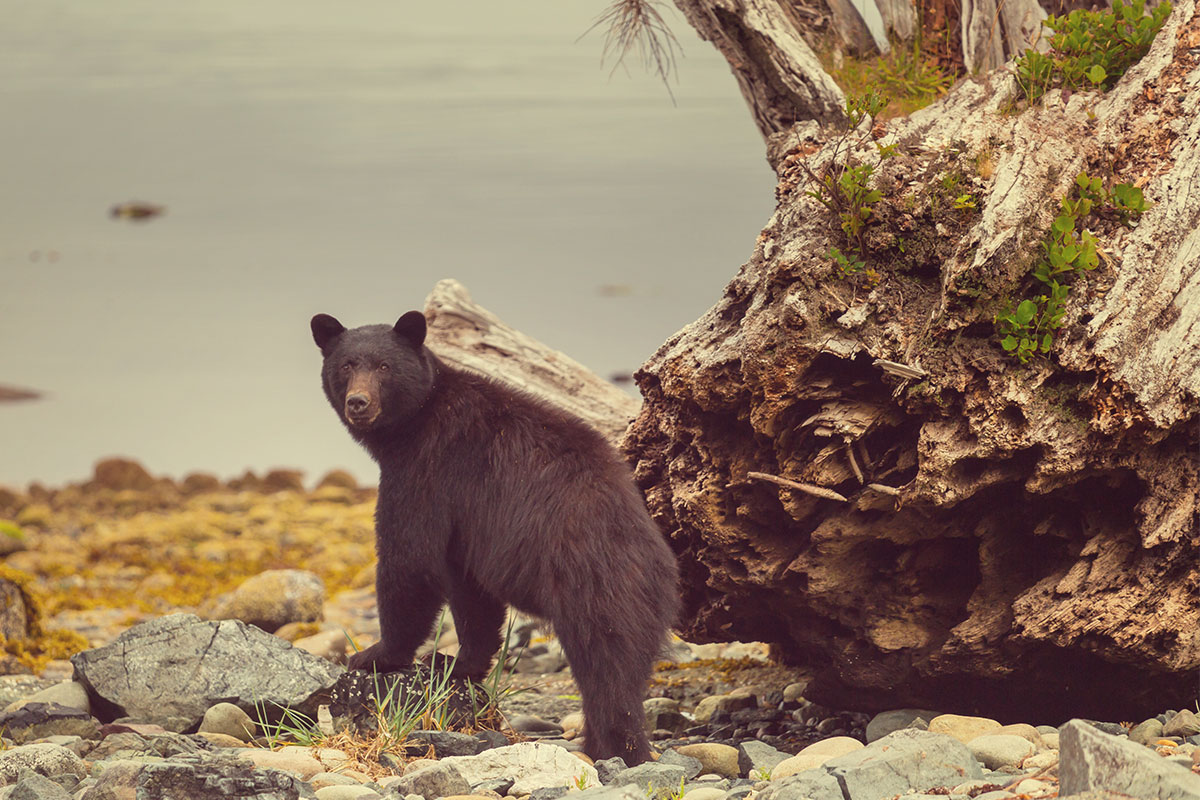 One of the best parts about starting a literary magazine is figuring out what to call it. What’s in a name? For some, it’s a label, an identity, a compass of sorts. For others, it’s arbitrary, or an expectation to subvert. For us, it was a way to think about the kind of literary work we wanted to see on these pages. We chose the Black Bear Review because we want the writers in this issue to entice you, show you their claws, leave their mark.

We thought a lot about bears as we put together this issue, especially Kootenay bears. They’re beautiful and we love them. But they’re also a nuisance. They drag trash all over our lawns and eat our compost. They’re persistent, ubiquitous, they make the local news again and again. They block highways, swim in rivers, frolic at our favourite beaches, add excitement to our picnics. Even if we sometimes think they’re predictable, they’re anything but.

Neither are these writers. The poems, essays and stories in this issue will take you from the dark caverns of a taxidermy studio at UBC in the 1960’s to the mind of a visionary autodidact. They will leave you rocking back and forth eating Tootsie rolls, cradling a Winchester and perhaps teach you the meaning of the word “ultracrepidarian”… are you one, too?

We hope you enjoy reading this inaugural issue as much as we enjoyed putting it together.