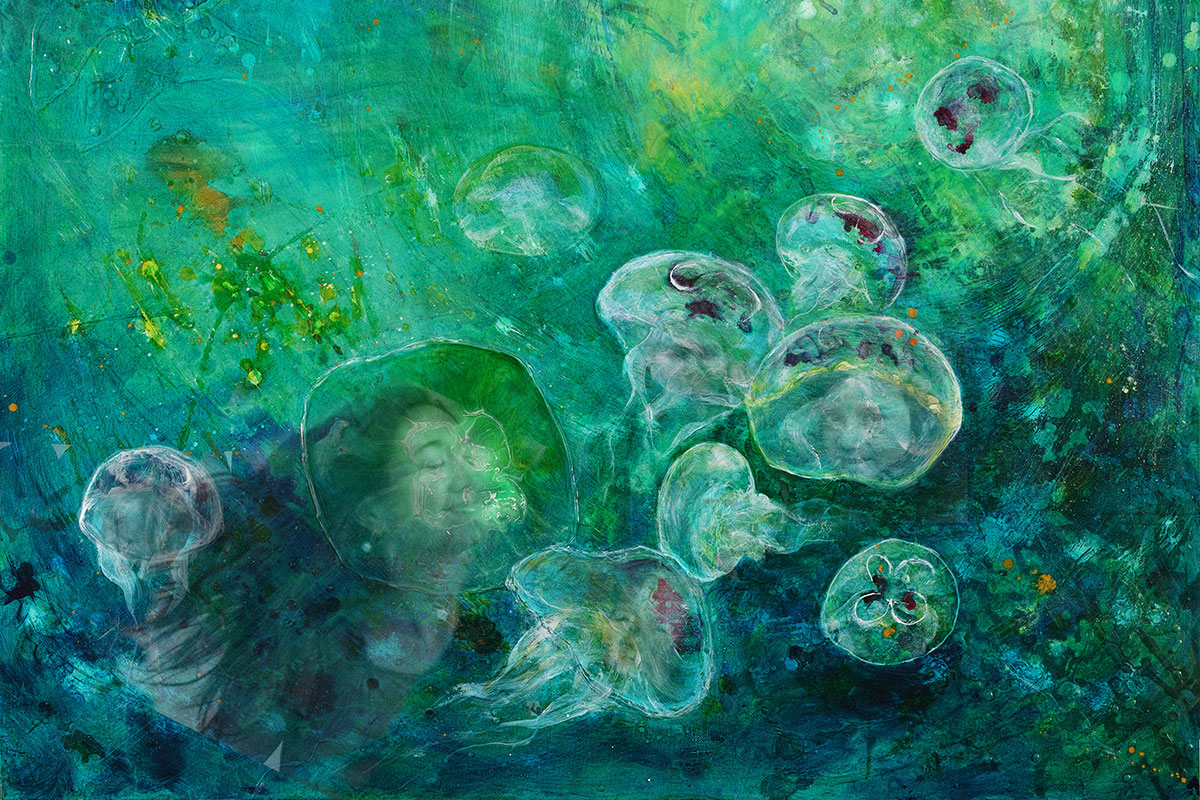 For a long time, I rejected my culture and everything that connected me to it. This might have been my way of repressing painful memories of what it was like to grow up in a hurting country or just what society had taught me, that assimilation and survival of the fittest are analogous.

Now, a “hurting country” can mean many things. The Honduran people impeached our president when I was very young. That’s when I learned the word provision could be used to mean ‘all the food on the shelves that was jam-packed with preservatives, because “you never know when the grocery stores will be back in use again”’. Corruption made Honduras a hurting country. The idea that fair Latinos were worthy of promotion and hire, while  “coloured” Latinos were not,  also made Honduras a hurting country. So, I chose to pride myself in the fact that because of my mother’s Colombian nationality, I wasn’t fully Honduran. I wasn’t property of the hurting. I had a way out.

Now when I look down at my hands, I see the seasons that have weathered my identity. I see a girl who is afraid her crush will not like her because of her skin colour or because her eyes are not the colour Nicholas Sparks says they should be. I see a girl who worries if the person she’s talking to only hears the word she mispronounced. I am taken back to every moment I’ve felt alone.

I am ten years old, I have a crush on a sweet boy with light brown hair and fair skin. He looks like the boys from the shows I like to watch after school. You can find his skin colour in the box of crayons easily, so it’s not difficult to draw him surrounded by asymmetrical pink hearts. He “asks me out” the only way you can, when you’re in fourth grade, on the last day of the week. When Monday comes, I forget we are “dating” out of nervousness. He becomes angry and tells me that he only wanted to date me to make the pretty, blonde girl in the other class jealous. “Nadie quiere una negra de novia de todas formas,” he explains. “Nobody wants a black girl for a girlfriend anyway.”

I am thirteen years old, new to a middle school I never wanted to attend. I realize people romanticize the idea of mixed-race families, “halfies.” So, I quickly learn that my mixed citizenship is an asset, even if the airport control officials may not agree. When people ask me, ‘what I am,’ I answer with only part of the truth: “Half Colombian.” They quickly assume I am half white. To them, being “half” means your other half is white by default, and my family photos do not necessarily disagree. This gives me a free pass at being part of this secret club of people who get to bask in the privileges of Arian descent. I’m not lying, I am mixed; I’m just not white.

I always envied my dad’s gift of blending in with his expected-North-American look. No one has ever told him to “go back to his country.”

I am fourteen years old, I show my aunt a picture of the boy I like. “Chele, tan lindo! Pá mejorar la raza,” she says excitedly. “Fair-skinned, so cute! To better the race.” That’s the first time I hear that: “Pá mejorar la raza.” Only then do I find out that was exactly what my aunt told my mother when she married my “white” dad.

I am seventeen years old, my social studies desk-mate turns to me after I say something funny enough to make him giggle. He looks at me as he says, “You know what, Sofia? I’d date you if you were white.” I guess that was meant to be a compliment. Little does he know I wouldn’t date him regardless of the colour of his skin.

I choose to stop speaking Spanish to my siblings. It is in part for comfort and mental ease but also because I don’t want people thinking of us as “those immigrants.” I add Nutella to my arepas and prefer cheesecake to my grandma’s torrejas. I tell people my favourite dessert is pumpkin pie, not trés leches. They wouldn’t understand, anyway.

I am eighteen years old, watching the movie “Coco” at home with my sister. We’re both crying. We’ve never seen a children’s movie that portrays us as more than maids or cleaning ladies. We see culture – our culture – and appropriate representation. We hear Spanish, not the broken English my friends make fun of at school.

I am nineteen years old, and my college roommate gags at the breakfast broth my mom taught me how to make for when I feel ill or homesick. She laughs at the concept of “white privilege” and says that there’s no use trying to fix racism if it’s unconscious. Before closing the door, she says, “everyone knows white people are better anyway.”

I am frustrated with my college friends’ political views. They don’t understand those they support are hurting people like me. They don’t get that their ignorance and words hurt me and make me feel embarrassed of who I am. Their thoughts on “my kind” make one thing clear: to them, we aren’t people.

A friend makes fun of me for talking too much. Little does he know, it’s my way of “helping” people so they don’t have to waste their time wondering whether I speak English or not. I speak it. Fluently.

I am now nineteen years old, working for a human rights organization, crying over a children’s game called “In the Shoes of an Immigrant.” A game I wish had been around when I was young so I could have learned that immigration is not a sin, that not knowing the language does not make me dumb, and that my classmate covering her hair is not a sign of oppression but of pride and culture.

I am nearly twenty years old, racing against time to recuperate all the folklore and culture I have dismissed and repressed for so long. I am reading books that have been sitting on the shelf, learning back the grammar that my desire for ignorance made me forget. I am dancing again and singing Gloria Estefan at the top of my lungs. I go out in the sun freely, not scared of becoming darker. I have understood that people are people, that another woman’s beauty does not mean the absence of my own. I have unlearned hate. I understand and forgive ignorance, but I will not stand for it; instead, I advocate for education. Proper education. I advocate for equal rights across the board. I now hold onto the fact that I deserve a life of dignity just as much as any and everybody else.

Sofia Palma is a student in the Rural Pre-Medicine Program at Selkirk College. Raised in Vancouver, BC, Sofia has lived in the West Kootenays for the past two years. Although born in Central America, she honestly believes she was always meant to be a Vancouverite. She likes her milk cold and her socks warm. Sofia is an advocate for kindness and human rights education and is a true believer in the first article of the UN Declaration of Human Rights. She’s currently pursuing a career in medicine and hopes to one day either conquer the world or make it a little better.

Laurie Carr completed her scientific training in the fields of forestry and ecology in Ontario and her artistic training in Ceramics at the Ontario College of Art. She lives in Nelson with her family and continues to work in the field of conservation biology while pursuing painting and digital art as a creative outlet.