Dead People I have Known 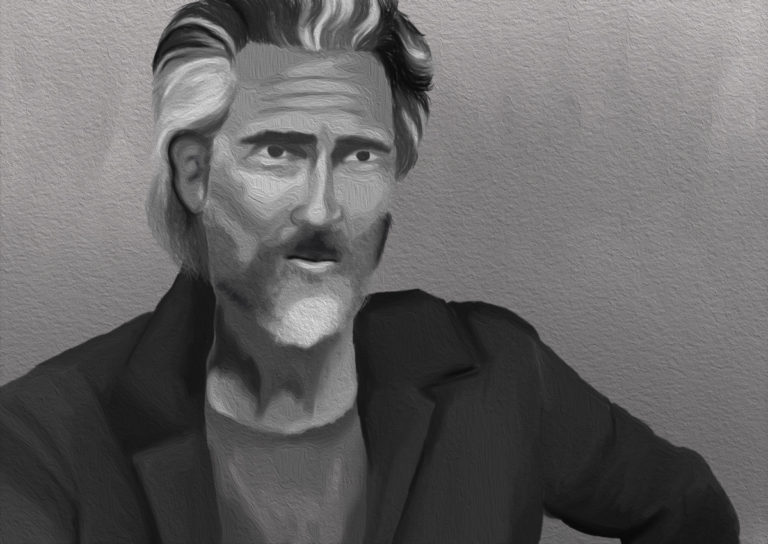 They appeared quite suddenly in our midst. On my island, where everyone knew everyone else, these newcomers stood out like papayas in a basket of apples. Each one of them: Ean and Mary, and the kids Lauren, Toby and Colin, wore one of Mary’s handspun hand knitted and hand dyed sweaters, each one with a row or two of diamonds across the front. They were Mary’s signature, those diamonds. She had marked her family with roads of diamonds, as if she might lose them without a map.

When I came to know Ean better, so much better, I spent many hours gazing at the diamonds on his sweaters, when I was too embarrassed by his attention or too shy to look into his sharp blue intelligent eyes that seemed to read me so thoroughly. The pungent scent of the wool was always strongest after we had walked together, usually up to my house from the hall, through the west coast winter drizzle.

Ean was a music man foremost, a family man secondmost, and a carpenter thirdmost. He played cornet; that smaller version of a trumpet, a golden horn that blew sounds of silver into any room on any occasion it was called for. And when he joined the small group of ragtag musicians that I was a part of, when we played for some of the square dances at the Hall, he changed the music. And we all began to learn from him.

He taught me to sing—not how to sing, but rather to be less afraid of singing. To open my mouth and let the sound come out. And he praised me and called me a ‘smart girl’ and from a man my father’s age (he was fifty to my twenty-five) I thought it was the sweetest thing I had ever heard. Later, Ean, father of my best friend, head of a family I loved and respected, began to tell me things I wasn’t sure I wanted to hear.

He loved me. Not only was I a ‘smart musician’ but a ‘fine actress’ and a ‘pretty girl’. I drove him crazy. He couldn’t live without me. He wanted to marry me, and we would go away and sail to the ends of the earth on his 45’ deep sea schooner, ‘The Peregrine’. A boat he had, of course, built with his own capable hands.

I asked him to build my little house. I had inherited what I considered to be a small fortune from my grandfather. It was over $11,000, which was enough in those days to build a tiny off-grid cabin. He was delighted to get the work and he was happy to work for me. He helped me with the design of the building, and we worked together to figure out what I wanted, and we played music together and we became close friends.

He built my house that winter, and I know that his love for me went into every nail, every board, every windowsill and every shake on the roof. And I know that house will stand for many years yet. It stands for me, though I left it behind some 30 years ago, and it stands for him, these many years after his death.

He told his wife Mary about us, although I’d never said so much as a yes or no to him, and Mary, shattered, left the island. During that time, after she was gone, we played music together quite regularly, singing blues and old ragtime jazz in the empty old Gorge Hall where we were allowed to practice. He played on the old out-of-tune and threadbare piano. (The hall committee bought a new piano sometime after his death, which was fondly called ‘the Ean Hay memorial Piano’). 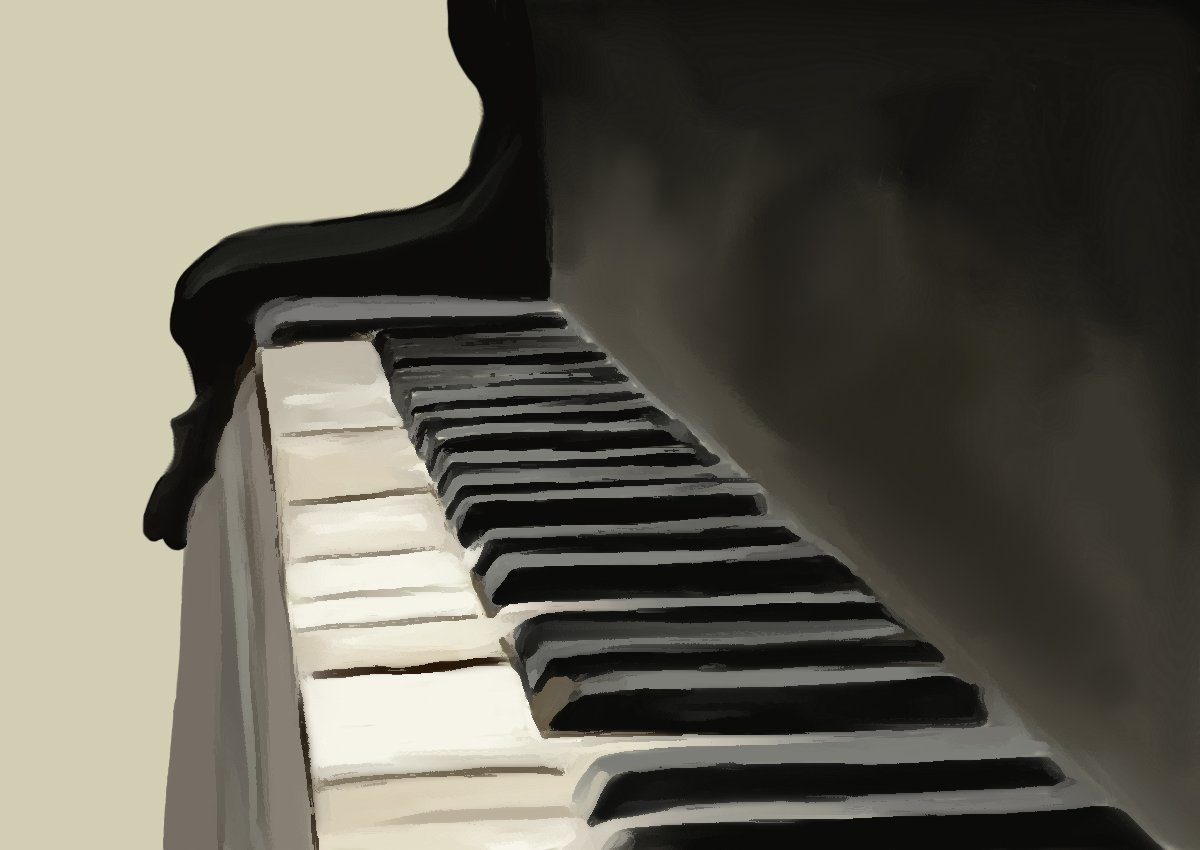 He played, and I sang songs of the twenties and thirties that I remembered my grandfather used to pick out on my mother’s fancy piano (she, my Mom, said my grandfather would be dancing in heaven if he could hear me) and Ean worked with me and we talked long hours and then he’d walk me home. We’d hold hands on the way. I felt the oddness, the oldness of his calloused, yet strangely soft hand, warm, covering my small and lonely hand.  I felt his protection on the half-mile trip through the dark woods to my small house, as if there were lions and tigers lurking along the way. That was the sort of safety and security he offered me. He’d see me right to my door, and kiss me good night, softly, gently, his closely shaved cheek smooth, like no young man’s ever could be. Leaving me for the night, a lingering, wistful process, he would turn and walk the half-mile back down the hill to his schooner. I wondered what to do. I couldn’t figure it out. What would make me happy? Would he? Now, looking back, I wonder whether I would have changed anything. Would I? If I knew then what I know now?

Sometimes we played for the community square dances. He would put down his cornet and call out the steps to the two or three rowdy squares in the same old hall, and I’d shut my eyes and bang out the tunes as loud as I could on my mahogany-top guitar and we neither had to look at each other but were always together, in the same time, on the same measure. And during the breaks when exhausted square dancers helped themselves to lemonade and cookies we’d head for the old piano and sing out our blues, quietly sharing part of our secret in front of everyone.

Winter passed, and then summer. And then it was fall, and the rains had begun. It was fall, and Ean told me he had to go back to his wife. She had cancer. I saw the hurt in him when he told me. Perhaps she had changed, he said. He’d give it a try. Anyway, he wasn’t getting any promises out of me. How could I promise to marry this man? I knew I’d run the risk of hurting him later, as he grew older. Me with a whole life left to live, looking after an aging mate? I doubted I could be that strong. He left. We wrote letters to each other, not frequently, just enough to keep the connection alive.

I began my own work in earnest. Got involved with a younger man. Ean’s music lived inside of me, and though I hardly ever sang anymore, I knew I could. The whole winter passed, and our lives hardly touched. Much remained unsaid between us and I began many letters to him that I never sent.

He died the following spring. It was a brain tumour that happened so fast I barely knew about it. And then he was gone. I was away working at the time, and his daughter wrote to tell me. Lauren and I have talked about it since, but we didn’t really talk for many years afterwards. Perhaps his madness over me was a result of his brain growing odd with the tumour. I hope that Lauren thinking about that possibility gave her some sense of being able to forgive him for what he had done. Whether she would ever forgive me was another story.

Me, I still don’t know if it was the oddness of his brain, or something more. If I’d known what was going to happen to him, if I’d only known, perhaps I would have played it differently.

Picture this: Ean and I, sailing off on the schooner Peregrine to far-off tropical lands, He and I, out on the ocean, in the middle of nowhere, sun shining down on us, a fair breeze blowing, sails aloft, singing the blues.

Paula Snow is currently a writing student at Selkirk College. From 1971-1981 she lived on Cortes Island, 100 miles north of Vancouver, in the Salish Sea. Off grid and sometimes penniless, it was a choice, a vocation, and a calling to ‘Live the Good Life’ with only books—and a few old timers — as guides.