I put on my green fatigues and lace up my army boots to take my post. I am on the graveyard shift in the command post tent; I take up my earned leadership position. As I check the time, I read to myself 0200 hours... Written by Kurt Luchia 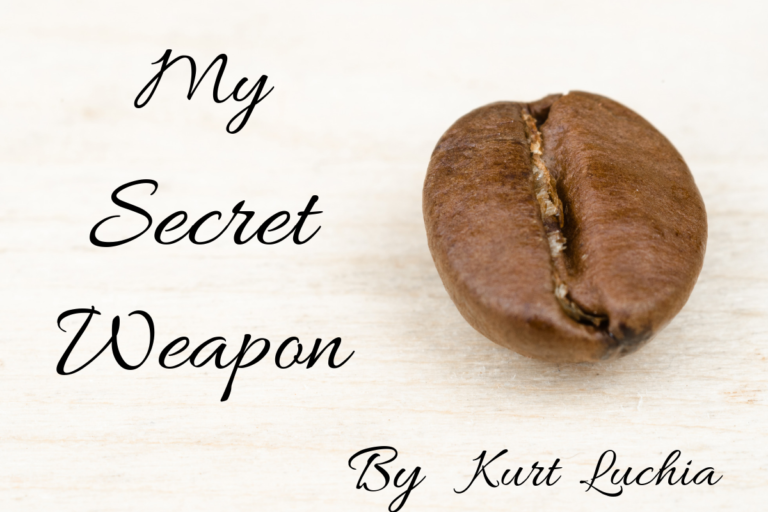 I put on my green fatigues and lace up my army boots to take my post. I am on the graveyard shift in the command post tent; I take up my earned leadership position. As I check the time, I read to myself 0200 hours. This role is typical for a newly promoted captain to be doing, that is, beginning to command an entire company of soldiers. I start my shift wearing cold clothing. A thin film of hoarfrost is covering the tent’s interior surface; my hands and feet are numb. I study the current positions of my soldiers on the map of this maneuver exercise. I am paying close attention to the known enemy locations, discovered earlier, and then back to my three platoons’ locations on the map. My soldiers are currently bunkered down for the night. I am thinking about how much cooler the platoon commanders and each of their 30 to 40 soldiers must be feeling in the role I inhabited previously.

I turned to the radio that sits quietly in the dimly lit tent. Only the occasional radio check disrupts the airwaves, offering reassurance that all the lines of communication remain functional. For the most part, the only noise heard is that of the camp stove humming. The heat from this stove is my attempt to keep the command post tent above freezing. I glance at a book that was keeping a radio operator alert earlier and notice the title, “All Quiet on the Western Front;” my lips break out in a subtle grin. You have a lot of time to find humour in the little things while on the graveyard shift of the command post.

After checking the current situation and confirming all the equipment for my shift, there is a lingering sense of security.  I scrounge through my gear to produce my magical potion for the evening as I lay out my tools careful not to miss a thing, a small pocket butane burner, a lighter, a package of government-issued instant coffee from my rations, my canteen and my canteen cup. I sit cross-legged with the burner between my legs and light it up with the romantic flame from that of an old Zippo lighter, the kind grandpa would have used to light cigarettes to stay awake on night sentry duty during the Second World War. Not being a smoker myself I seek out once more for my stimulant. The burner lights up with what appears to be a loud roar against the quiet atmosphere of the tent. Heat bellows out from its flame, and I begin to warm.

Years ago, as I sat at a table and patiently waited for breakfast on a board policy retreat weekend, a group of board members and I attempted to nurse and nourish ourselves from the previous evening’s festivities. It was a typical weekend of student governance, dull, methodical death by powerpoint by day and then letting loose in the evenings. Our bodies were tired, old motors that have been driven hard on far too little oil for far too long. Preparing to begin the second day of policy crafting, I needed something to give me an edge, to give my body the extra bit of performance to finish the mundane tasks ahead. No need for a complete rebuild of the engine, just a quick fix. That was the moment I decided to try this elixir of magic beans to see if it could be something that would help my predicament created by long days and even longer nights.

As the coffee began to pour for the first time into my cup, I listened to the sound that it made, smelled the aroma it produced, and patiently awaited the taste that I only ever imagined having up until this point. I carefully picked up the cup careful not to spill a drop of its potentially amazing healing powers; I noted the temperature that radiated from the porcelain into my hand and raised it to my lips. I inhaled one last breath to appreciate the aroma before its liquid touched my lips, hints of smoke, nuts, and spices graced my nostrils and awakened something inside me. I knew this was going to be big – something memorable. The mind-altering substance with the blackness of an overcast night hit my pallet with just the right volume of slurp to still be polite while in good company.

Instantly I was awakened. My senses grew sharp and my resolve hardened by the heat and bitter blows of the black magic of this brew. Like a blacksmith that hammers his work to form, I was ready to continue onwards with the tasks ahead aided by my new secret weapon.

My frozen body wishes it was sitting back at that breakfast table trying coffee for the first time. As my body begins to thaw, huddled around the burner, an inner sense of happiness starts to build. I open the package and dump the instant coffee into the frosty aluminum canteen cup which I then fill with frigid water. Placing the icy brown solution on the burner and smile openly knowing that the instant coffee that Her Majesty has provided will be shortly doing exactly what I require of it despite its cheap quality. The coffee’s heat intensifies, and it is ready for consumption. A large smile begins to peak on my face knowing full well that I will be getting my fix shortly. Pulling the coffee off the burner to cool slightly first, and then look over at the book and begin to reach for something to read with my coffee.

Suddenly, the familiar repeated crackle of machine-gun fire rings out in the distance like a brick thrown through a stained-glass window. Immediately what follows is an excited but stout voice on the radio “Contact, wait out.” The message is from one of my eager platoon commanders in this training scenario whose ready to win his firefight that he now is in. Knowing full well, he will provide me with the reports I need at the command post to do my job.

The command post springs to life with radio operators receiving reports from the platoon engaged through the almost unreadable squawks and chatter coming across the radio. Some reports require deciphering because of the sounds of gunfire that is coming across the means. Through this, we get our picture of the situation and learn the disposition of the enemy. Like a coach at a sporting event, we are looking at the big picture, engaged in the success of each player and line but ultimately ensuring success and victory for the team. I complete my combat estimate; then I issue my orders to the other platoons to counter the enemy. On these maneuvers, the other platoons strike with speed and aggression against an enemy for disrupting what the precarious peace of the evening.

Radio chatter fills the air with updates on their progress through to victory and consolidation. From here, I sit back and finally enjoy my coffee, which is now cold. My new position was tested in training this evening, and my mettle was confirmed. I sit back and sip the familiar brew pleased with the professionalism of my soldiers and the peace restored.