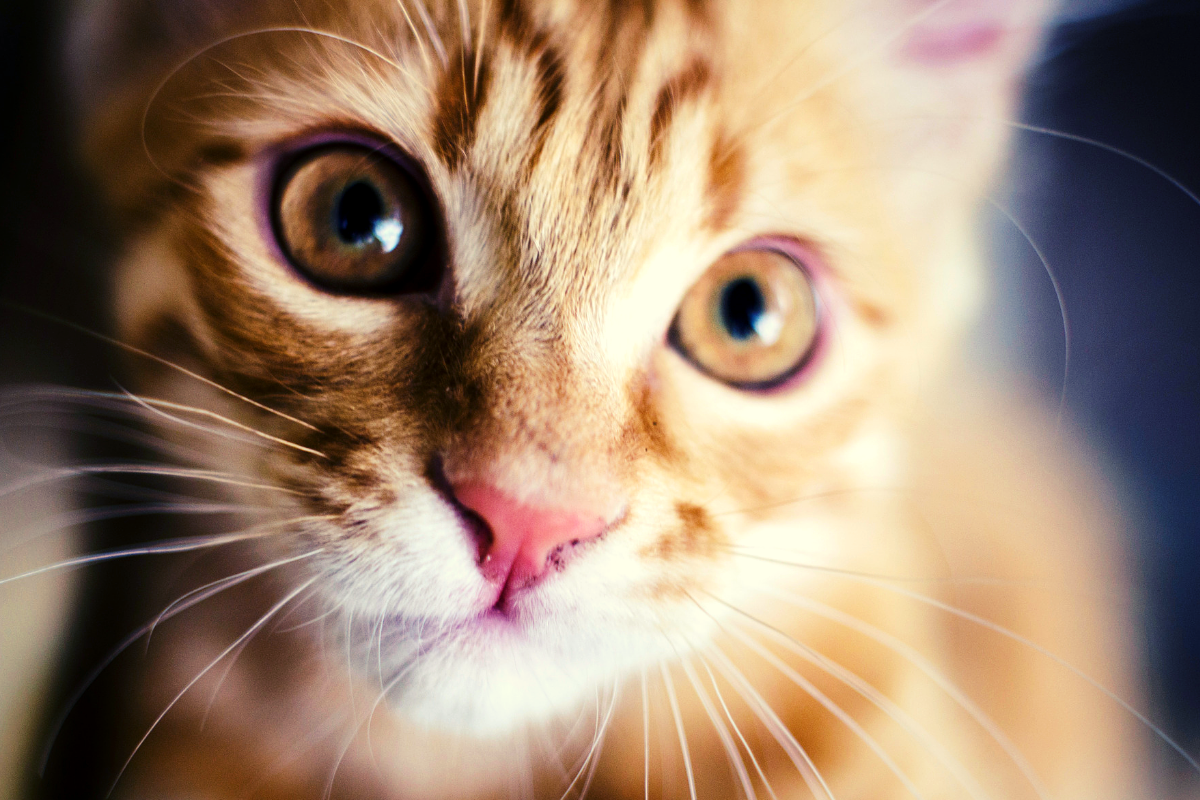 My cat was the baddest cat on the block. She was not afraid to use her nine lives. Aptly named Snuggles, she was fiercely independent and as curious as they come. She had long silver hair that glistened in the right light and penetrated any and all clothing, carpets, blankets, hats, your own hair, or what have you. Her eyes were bright olive green and seemed to glow in the dark. My parents got her before I was born from their friends who had taken her in as a stray. They gave her to my parents because she kept fighting their other cats.

Snuggles had a good run as center of the house before I came along. My parents were worried how she would react to not being the center of the household. Would she try to sabotage their newborn child? The opposite was true. Snuggles became my protector. My parents couldn’t get her to leave my side. The game of getting the cat out of my room when I was sleeping became too much of a hassle, and the cat won the right to sleep in my crib with me hassle free. My mother always worried she would sleep on my head and suffocate me. It was unlikely though. Anytime I cried, Snuggles would bug my mother to tend to me; it was clear she considered me too important to suffocate. When friends and family would come to see me as a baby, she would stand guard, staring them down, and swatting them away if they tried to pick me up. Snuggles was not a cat that you picked up without consequences – unless you wanted severely scratched arms. She was not a cat you messed with. She was a cat to be obeyed and respected.

Snuggles spent her summers outside. We lived in Kinnaird, five kilometers South of downtown Castlegar, up on the mountain above the valley. Dense forest lay all around and behind our house, and a flat landing lay in front of the hill before it continued upwards. When our family went away, sometimes for up to a week, we would leave food inside the garage with the door open just enough for her to get in. We would return to find the food hardly touched, or on a few occasions infested with maggots – sorry Snuggles. She could handle herself though, as long as she was outside and able to hunt.

One time, though, when our neighbours were winterizing their trailer, she decided she wanted to go nap inside. She slipped through the door as they were shutting it and got locked inside. Ten days passed with no sign of our cat. I was young at the time, so my mother explained to me there was a possibility that she was in cat heaven. My parents put the word out that our cat was missing. Finally, after hearing weird noises coming from his trailer, our neighbour opened the door – Snuggles bolted out. She was in rough shape. After two weeks in a tin can with no food, presumably drinking the condensation off the windows to survive, her hair was matted in some places or missing in others and she had lost a lot of weight. Although I cannot personally testify to the state of the trailer, I heard that it did not fair any better than the cat.

Along with open trailers, she also enjoyed sleeping in the warm backseats of cars when owners left their windows open in the summer heat. Snuggles went missing again. After a month, my mother sat me down for another cat heaven talk. She told me it was pretty certain Snuggles wasn’t coming back this time. This was during a time when lost or unknown pets could be reported on the Boundary Kootenay Radio station, and shortly after our talk, my mother heard about a long hair grey cat that a lady reported feeding, located in Robson, five kilometers North-West of downtown Castlegar. We contacted the lady who told us that a cat had been coming around for food that matched our cat’s description. She also mentioned that this cat did not get along with her other cats – sounded like Snuggles – and it was. After almost three months we were taking our cat back home from Robson to Kinnaird. “So this is this cat heaven?” I asked my mother. She had more explaining to do.

Snuggles was very protective of our property. Anytime another cat even came near she would fight them and win. Our neighbours wouldn’t get a cat because of her. But they loved her, too. She even spent time at their house, whether they wanted her to or not; she especially enjoyed playing their piano while they were on the phone.

There was, however, one cat that Snuggles did not fight. I was in kindergarten and my mother was getting ready to take me to school when someone started pounding on the door in a panic. It was our mailman,

“Your cat is sitting in the tree above your car having a staring contest with a cougar.” He said.

What does one even do with that information? The mailman took off. My mom had to take me to school. But she also had to not get eaten by a cougar. So we waited until the contest was over. Out of some sort of feline respect, the cougar just walked off into the forest. I like to think they were friends.

As she aged, protecting our property became a little more difficult or her. Young and spry cats entered the neighbourhood. And one day, for the first time, at fourteen years old – Snuggles lost. I did not see the fight but boy did I hear it. At first I didn’t know what it could be. It sounded somewhere between a wailing child and a car wreck. By the time I made it outside it was over. I never even saw the other cat. But by the state of Snuggles there was no doubt there was one. She made her own way inside: bloodied, swollen, and limping. I would have picked her up, but this was not the time to add insult to injury. Down into our crawlspace she went to sleep in a pile of old blankets. My mother fed her crushed up aspirin in tuna over the course of a week, until she emerged. This marked the beginning of the molasses paced aging of our cat that would ensue.

Her age began to show even more when she was eighteen. She started spending far less time outside and slept more often. Still, she had so much life in her and for the next five years she managed quite well. When snuggles was twenty-three it became apparent she was in constant pain. It began to feel like her time was coming. We petted her and gave her lots of attention while she slept, but very seldom did she purr. Snuggles was on living forever, it seemed, consistent with her toughness. When she was twenty-four we made the tough call and we booked an appointment with the vet to have her put to sleep.

My mom took Snuggles to the vet alone. I was eighteen at the time, and I never realized how much I would regret not being there. Snuggles passed peacefully and as the injections began to calm her, and the painkillers set the stage for stopping her heart, my mother said she purred like she used to years before.

Losing my cat was more than just losing a pet. I grew up an only child in my house. I had never known life without my cat. She was there from day one. It was like losing a sibling.

Because the chemicals they used to put her to sleep could leach into the ground, her grave had to be at least three feet deep. I set out up the mountain that was behind our backyard to dig her grave. Heavy rain poured down the hillside and off the leaves of the surrounding trees as tears poured down my face. Digging the grave was my therapy for losing my cat, my sibling, my lost family member. It was last thing I would do for her. Three feet down I hit a rock. I dug around it and exposed a large boulder that I was unable to move. So I dug around it more, and I got a towel. I rolled the boulder onto the towel and used the ends of the towel to heave the rock from the hole. The boulder was the size of an awkwardly shaped semi-truck tire; the top third of it can still be seen sitting above where Snuggles is buried. The grave ended up six feet deep and five feet round.

We gathered around that evening. I laid her down in her resting place. My mom said a prayer. I filled the grave and muscled the boulder on top. After 24 years of life, Snuggles was gone.