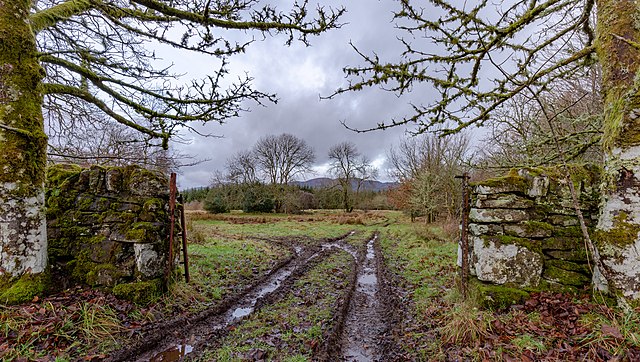 It wasn’t the shag carpets or the original stove that dripped black grease onto the linoleum. Nor was it the fifty-year-old sliding windows that housed leggy spiders creating webs between the panes and those giant furry black houseflies that hatched out of the walls every spring. It was the view! Through the French doors that dropped off to nowhere (because old man Jack, God rest his soul, never made the balcony) stands the bold dramatic shapes created by the rising of the Valhalla range. The outline provides the frame to the farm and was where I looked first thing in the morning and last thing at night. It truly was a view to DIE for. I thought I was the luckiest person on earth when we purchased our property in the middle of nowhere.

The only cut of the silence was the crowing of the rooster, to the point where he would sometimes startle me out of my skin. Especially when he would linger beneath the bedroom window. I like to think he was checking in on me. Black, beige, white and brown shapes dart around chasing flies, scratching at the moss attempting to unearth the non-avian bugs for a tasty snack. You’ll find them roosting in the youngling cedars in the mid-afternoon after their undergrowth forage. Quietly snuggling in the safety and shade of the drooping branches and soft landings.

We’d had another presence every night for at least a week or so. Up the apple tree, munching the clover in the pasture and even batting the bird feeder to the ground. I could watch him saunter his way through the field from the living room window. The colour of his coat had a warmth through it and he wore a white star on his chest. The bear was a curious creature: I watched him early one evening stand up on his hind legs and peer up from the pasture to investigate what was running around. As you can imagine, it had become routine to perform a scan of the property at dusk, dawn and sometimes even in the middle of the night to see where that pesky bear has got to and if he dared mess with our feathered friends. As the light would begin to fade, one of us would take the torch and illuminate where the pasture meets the forest. Looking for that all familiar healthy rounded dark shape of our resident bear. We would repeat as necessary if awoken or when the sunlight began to arouse us from our slumber.

I’m not sure what woke me that morning but with the exterior lights on it was difficult to tell how early it really was. My eyes and legs were heavy. The struggle was real to move from the supine to the ambulant, but I did it. I was determined to see if where the bear was and if there was any trouble during the night. The darkness was breaking ever so slightly. Moving from the bedroom, I felt my way along the wood paneled wall into the living room. I could just about make out the familiar shapes of my furniture. As I moved into my lookout position my eyes scanned the pasture and focused on a shape. Not familiar round and dark.

A girl was there.

The sight of her encumbered me with fear. The horror filled my entire body. Frozen. Unable to breathe. Looking back, I think it was her stillness that utterly terrified me. We stood there motionless, in the same orientation. Like a backwards mirror image, facing towards the mountains. Me in the comfort of inside the house and her between the pond and the edge of the field.

“Come back to bed.” The voice sobered me into the present moment and I was suddenly aware of how strange I might have looked. In my delirious haste, I hadn’t bothered to put on any clothes on. I was stood naked at the window for only god knows how long. My love cocooned me in his warmth. I still melted at his touch, his embrace and the gentle moments. “You’re freezing,” he said and ushered me back from the living room, the warmth of his hand on the mid of my back, down the wood paneled corridor and back into the bedroom. I wanted to tell him what I saw but he didn’t like me talking in the night.

The next day I couldn’t shake the image embezzled into my mind: the girl. She stood like a statue but I was convinced she was looking up past the trees and at the outline of the mountains. I should have gone down there. I didn’t know what filled me with such fear. I wanted to calm my mind as it was running awry with questions. I wish I had validated my sighting. I could have trudged through the grass with my dog: talked to her, looked at her, hell I could have brought her to the house! The dog. Mack might have been old but would still make a ruckus if a stranger was about. Why wasn’t he awoken by the girl? He didn’t move one inch that night. Dogs are supposed to stir when there is a presence, human or dare I say it otherwise? I wanted to see her face. Did she have a face?

My darling wanted me to make his favourite apple pie from the apples I harvested earlier in the week. What my darling wants my darling gets. For the life of me I couldn’t remember the pastry recipe. I blamed the girl; I’d made it a thousand times. I searched the bookshelf for the red and white patterned book country kitchen classic. It wasn’t in its usual spot. After perusing each shelf I finally located the recipe book, tucked in between two books I’d never seen before. I pulled an old, battered leather bound book. As I flicked through the book wondering how anyone could have read the miniscule script, two photographs fell from between the pages to the ground. On the back of one photo were the words: For Papa, Love Alba. I picked them up quickly, suddenly remembering he would be back soon. I turned over the first photograph with my back to the front door in case he came bursting in. A girl I had never seen before, rosy cheeked and beaming with her hands in the mud stared back from the photograph. She must have been around 6 or 7. She had his deep blue eyes. I felt sick. Someone has placed a stone into the pit of stomach and it was trying to get out whilst taking my heart along with it. He had a child. At that very moment the door opened. He was back.

“What are you doing?” Before I knew it, he was behind me. His hand was clasped tight around my wrist. He was twisting my arm into the awkward position that pulled at my shoulder. Pain seared down my arm.

“Just looking for the pastry recipe. Apparently, my brain is ceasing to function today,” I replied shrilly. I always tried to counteract his actions.

“I’m making your apple pie!” My voice sounded unnaturally high with the pain. I blinked back the tears determined to not show him he could hurt me.

The book hadn’t quite made it back into its original position. Yet I was fearful to move in case my arm was ripped from my shoulder. I tried turning towards the front window, the one looking out to where the bird feeder hung from the pear tree at the front of the house. The girl was there. Pressed right up against the window. Peaking in with those vivid blue eyes and staring straight at me. There was no mistake about it: she was the girl from the photograph. In that split second, she pulled her head back and bashed it against the window.

“What the fuck was that?”

Startled, he let go of me at once. This was my chance.

It was pissing rain. I didn’t care. Rubber boots no socks. Old Boy Mack trying to keep up with my haste. He would follow me anywhere. She darted around the side of the house, down into the long grass at the bottom of the field, through the gap in the trees and onto the path down to the river. My cotton shirt stuck close to my skin, becoming more and more drenched by the second. I didn’t look back. I knew where she was heading. The path I’d walked a thousand times. My sanctuary all those years. I thought he wouldn’t follow.

She was already in the water by the time I got there. Without a thought, I had removed my clothes and was in there with her. I followed her where she went, first wading then swimming. I became aware of what the girl was wearing. It was almost like a silk poncho that draped her figure as she swam. The robe was an exquisite mixture of gold with purple, blue, and orange. I focused on her and the swirling vivid embroidery that moved with her, swimming diligently at a steady pace. With every stroke in the cool clear water, I felt his grasp loosen. With every stroke I became more aware of my body. My usual strong swimming ability had been tampered with. My body had changed. I had been so unaware of myself I hadn’t noticed. My belly was enlarged and bobbled after every rise and fall in and out of the water. My swollen breasts jiggled to the same rhythm to the point where they began to hurt, the buoyancy disrupting every stroke. I kept my focus: she was taking me to safety. She was taking me to Thor’s beach. A short canoe ride upstream. I could walk up the track to the highway.

The rain had stopped by the time I stepped out of the water. The downpour had rendered the mud at the perfect viscosity to capture every footprint I walked along the river bank. I turned and faced the river, the forest and the mountains: the only audience to my years of abuse and deceit. I felt the warmth of the sun on my skin. I examined the fingerprints he had left on me and touched my newly discovered curves. The imprints of my feet on the river bank would be the last time I stood foot in the place I called home.

They say he drowned that day. They say his body was found swept some fifty miles down the river, tangled up with threads of gold, purple, blue and orange.

I gave birth to a boy. His name is Alba. He likes to feed the chickens, look at the mountains and most importantly, swim.

Elizabeth (Lizzy) Whitehouse’s creative writing debut starts here! Having worked in communications for a couple of years, she is very much enjoying flexing the creative muscles after much constraint. Lizzy is returning to post-secondary education, after taking a long ski holiday, with the hope of becoming a high school Biology teacher. Even though science is her passion, she is interested to see where her writing could take her next! In her spare time, she likes to dance, explore the most beautiful place on earth (our backyard), take care of the chickens and play with her dog, Mack.