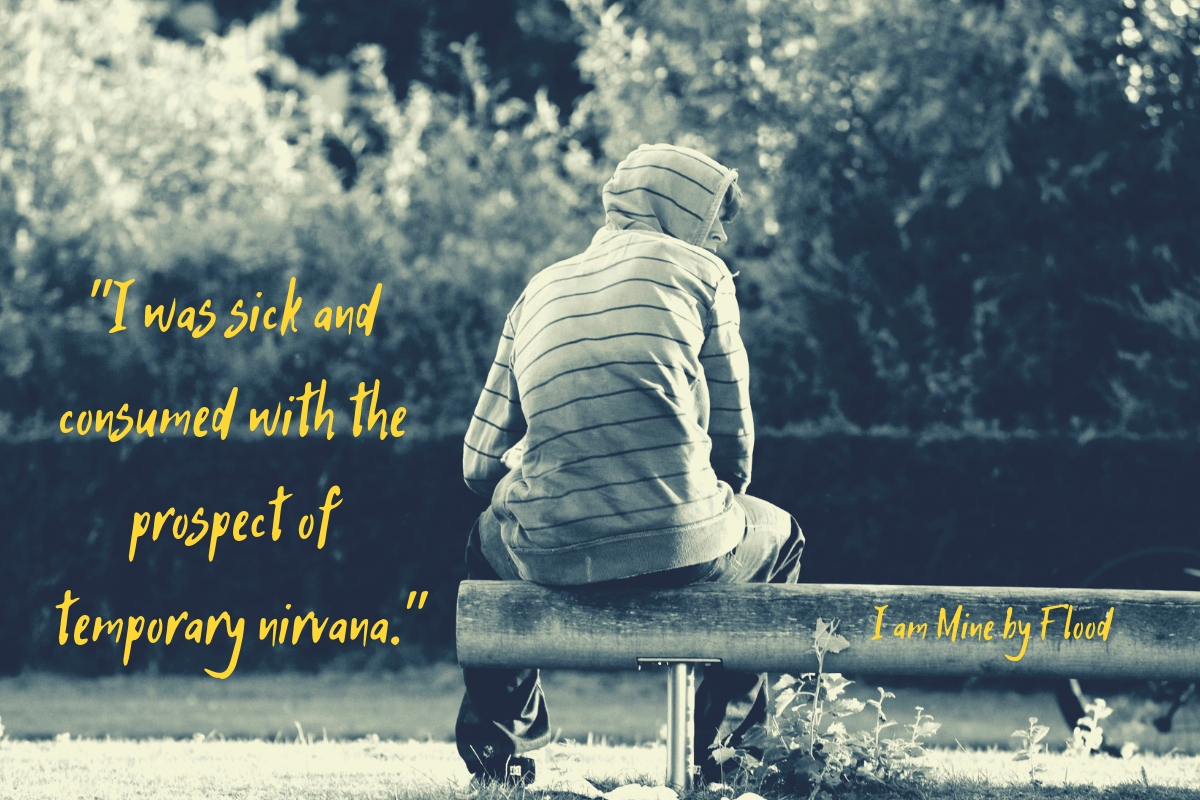 It had been several days since I had eaten and my hands had began to shake with a malnourished tick. I anxiously checked my phone for the 5th time in the last ten minutes. I stood downtown, beneath an awning, sheltered from the rain, holding my breath as I waited to hear from my medicine man. I could feel the cold sweats creeping up each of my limbs as my nervous system ran wild. Finally, the chime of a delivered text message rang through my ears and with absolute relief I saw that he was on his way. Waiting for a drug dealer to arrive while in the midst of opiate withdrawal is essentially purgatory since those who take up that line of work, at least in my experience, aren’t all that concerned with time management. Five minutes is usually fifteen, minimum, and twenty minutes could be anywhere from 30 to a few hours. On this particular day my guy had his shit together and got to me reasonably quick. Upon seeing his beat-up, old and dusty, Ford 4×4 pull up beside me, my heart filled with tainted warmth. A soiled sense of shadowy satisfaction washed over me as the utter relief of his arrival subsided. His car smelt of rancid spilt coffee and the back seat was filled with spent lottery tickets. He was a decrepit, aging man with a patchy beard and stains covering his ancient white t-shirt. I had come to know this man and his troubled past through many brief conversations during encounters such as these over the course of the last year or so. He often shared stories of gambling, drinking, and love lost. He reminded me of Charles Bukowski; deep wrinkles covered his face and his breath smelt of liquor. After handing over the money, he reached inside his filthy pockets and brought forth 2 pills. I noticed how disgusting his hands were. His finger nails were encrusted with dirt and I couldn’t help but think about the thin film of oily residue that now most likely coated my drugs. I took them anyways. I was sick and consumed with the prospect of temporary nirvana. The problem was that paradise had recently taken shape as basic normality and the lush jungle I once escaped to had now been clear-cut to make way for a barren wasteland. This existential sense of transparency and subsequent lust for controlled demolition had become so intrinsic to my daily life that any deviation felt like shoes several sizes too small.

I exited the cab of his mobile rust-bucket and made my way in to the belly of downtown Castlegar. My pickup truck had recently fallen ill and was in the process of being mended with a diagnosis yet to be deciphered. In the mean time, I had taken to using my long board in order to get around. I pushed forward along the rigid veins of asphalt I had traveled my whole life, in search of somewhere to take refuge and indulge. I passed my high school, a place wherein I had mastered the art of mask making in order to hide the anxious artist within me from the jocks I was friends with and the pretty girls I slept with. I still needed somewhere to melt and my legs were beginning to tire from a days worth of longboarding. Zuckerberg’s Island was no more than five minutes away and I remembered that there were bathrooms they left open during the spring time for tourists and locals out enjoying the serene island landscape. The bathroom was in stark contrast to the calm, misty spring weather. As I entered, the light flickered and hummed. The room smelled of faint cedar and commercial cleaning solution. I put down my backpack and for the first time in so long I was aware of the situation I was in… Locked inside a bathroom, with a racing heart and broken, knowing that this despair, if only for a moment, would become a little less dark once I reached in to my pocket and took the pill. I hadn’t had this sort of self-reflection or awareness in quite sometime. Even stranger was the fact that it was being met by this familiar voice telling me I deserved better. I shook loose these promising thoughts quickly as any consideration of what could be would force me to face what currently is. I returned to my inner journey towards a moment altered. From my backpack I took out a large hardcover book filled with grey-scale photography to be used as my surface. This was accompanied by a small kitchen knife as the pills needed to be chopped and refined in to a fine powder. Now pulverised, I drew a card from my wallet, and proceeded to scrape the ivory shavings into neat lines. I rolled a fifty dollar bill in to a tight cylinder and inhaled sharply as I drew it along one of the albino columns. Within less than a minute I felt a familiar wave of comfort and relaxation gently ripple me. I had been waiting for this with such eager anticipation but my previous thoughts of hope and who I could one day be began to come back. I tried to get back to where I wanted to be, but I couldn’t get away from the fact that my consciousness was hell-bent on bringing my attention to what it felt I needed to hear. I stood up and stared in to the mirror and saw a face I could barely recognize. Dark bags weighed my eyes down from restless nights spent partying and my unkept facial hair reminded me of the man I recently saw. My muscles had atrophied in to fragile paper mâché. I had become a ghost. My body, mind, and soul exhausted from the constant chase, and ever-present weight, of addiction. Who had I become?

I sat there contemplating the last few years and soon enough I was faced with the fact that the drugs were beginning to wear off. My gaze became transfixed on the book cover concealed beneath the powdered death I had purchased, processed, and consumed. Almost out of nowhere, like a match struck within a dark cave, I realized it had been so long since I had seen the photos that graced its many pages. I needed to immerse myself in the creation of something simple, yet, divinely inspirational. At some point in history I had lost track of where my priorities lay, and it felt so exceptionally sublime to know in that brief slice of time that art was the answer. In order to view those photos, I needed to sacrifice the substance that I knew would give me a brief escape from the life I had systematically destroyed. Life, it seems, is broken up in to countless, seemingly tiny and insignificant moments, where we are faced with the choices that add up to who we are and what we stand for. In this moment I chose life. I chose art. I chose, for one split second, whilst floating in the middle of a vast sea of self-pity and destruction to carefully flip open the book, covered in my soul’s undoing, and watch as the powder fell, like winter’s snow, in to the toilet. This was one of those moments where my entire universe collapsed in on itself from countless possibilities in to one singularity. I flipped through the pages and gazed upon the moments forever captured in gray-scale. I thought about the creative process and wondered about the mind behind the viewfinder; the person behind the trigger. As the pages turned, my sense of intense self-reflection grew. Flashes of monochromatic moments, the photos that made up my life, began to invade my headspace. A dam somewhere out on the fringes of my psyche had blown open and a wave of childhood smiles and teenage angst swirled around the inside of my skull. Deep-rooted feelings of self-hate began to mix alongside long-forgotten self-love. Uncontrollable tears fell against the glossy pages of the book. Everything that I had buried over the last few years had finally given way.

I packed up my things. I couldn’t stand to stay in that bathroom any longer. With bloodshot eyes and sleeves moistened with tears and mucus, I began my journey home. I felt the weight of my backpack straps as they dug in against my shoulders. A garbage can came in to view and with absolute clarity I realized what needed to be done. Without so much as a parting sentiment, I left behind the paraphernalia that had been poisoning me. I refused to look back as I placed my longboard down and began to leave. The songs of my youth sent sacred soundwaves of strength, like nectar for the soul, in to my ears. With everything I had, I pushed forward with a complete devotion to speed and found myself rushing towards a steep hill. I reached the crest of my concrete wave and began to break through to the other side. I had purpose, I had come alive.