I drive in silence. My fingers itch to press the car stereo on, craving something to pay attention to and occupy my time...Click to read more (Written by Sarah Wensink) 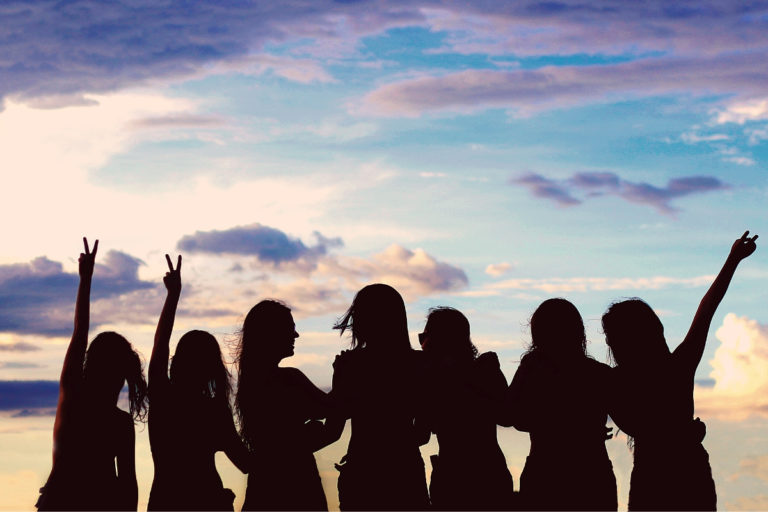 I drive in silence. My fingers itch to press the car stereo on, craving something to pay attention to and occupy my time. Yet I resist. The news will only make me annoyed, and I ought to be in a pleasant mood when I arrive.

I pull into the parking lot behind the council and wind my way through the fancy new electric cars to the section at the back. It is reserved, on occasions such as today, for the old retired ladies like myself. They wouldn’t want to make us walk too far. I step out into the warm sun and gusty afternoon air, wobble a bit in my and chuckle to myself. I hadn’t realized it’d been so long since I had an occasion to wear them. Another old lady waves to me from a few cars away. I smile with relief, grateful that there will be at least one lady from my time at today’s lunch conference.

I emerge back into the sun several hours later from the grand chrome and glass council offices, feeling revived. I can’t help but smile, filled with youthful energy. I look to the four retired women walking in line with me as we stride down the front steps. I feel powerful. Like I am back in the game.

Just as I had suspected, the lunch was more of a publicity ploy than a real “founders appreciation” event: a desperate attempt to maintain leader support, and belief in the system. Nonetheless, I am so glad to have gone. Like flipping through a photo album, it has left me overflowing with nostalgia and sentimentality for my working days. As we each go our separate ways, I’m inspired to take a walk to the other side of the city through Centertown Park. It’s a route we took often in our younger when we were ambitious and lived only ten minutes away from the Council.

On afternoons like this, the park is alive with people. The sun shines down through fresh spring foliage. Fallen rose petals drift across the grass that kids kick soccer balls on and teenagers spread picnic blankets across. With my diminished old lady balance, especially in these shoes, I stick to the paved paths.

I hear the echo of a megaphoned voice before I can see the protest. I am still in the trees and the voices are muddled, but I recognize the telltale call-and-response and know it must be activists. It brings me right back to the early days of The when it was first proposed. The other and I held rallies in this same park. We would get on stage and yell, start cheers, make speeches gathering support, and use our rhetoric to sway the opposition. The governments were already run mostly by women at that point, but we were still desperate for Bill to pass. We had to prove that women could run the nation on our own, just as men had for centuries. We needed it to be fair.

As if in a trance, and flooded by the nostalgic pull of activism, I make my way across the bridge where hordes of men and women are gathered. I watch and feel my heart warm. I can see the energy rolling off the leaders, the way it does, and bounce from person to person as they each add their own to the mix. It is such a unique feeling, being in that type of crowd. It’s one that I miss. I am all the way across the bridge and amidst their territory when realization overwhelms me.

“Open to all!” They cheer. “Fake equality is no equality! Down with The Wall”

‘The Wall’. It’s been all across the news. The term these children have adopted to demean the legislature that created women-conducted government. The legislature that I fought for. The bill that changed history. If these children even bothered to open a history book they would learn of the years that women were excluded from government. They would realize that it is finally our turn. They would appreciate what we have fought for and not try to undermine it in desperate teenage rebellion. I look away, lift my head, straighten my posture, and stride right out of the park. Leaving only the clicking of high heels in my wake, I cross the street and escape into a cafe.

Wrapped in the warm scent of fresh pastries and ground beans, with a coffee in hand, I take a seat up front by the window. Staring out into the world beyond I try to focus my attention on the cars passing by and the people walking the sidewalk, but to no avail. My gaze is held by the congregation of youth filling the park. From afar they could be supporting anything. Their only identifiable feature is the passion and excitement that fuels their actions. Their faces are alive with the feeling of power.

A voice starts me out of my contemplation. It comes from a young man with floppy auburn hair who is looking at me from the adjacent table. “They are going to make a real difference in this world,” he says.

I shake my head and sigh, turning towards him.

“No” I say to him. “It is not exciting. This is not some game they’re playing. They are causing real damage to the progress that was achieved by people of my generation, without any thought to the history behind the issue. They are demanding change just so they can leave their mark on the world, and not considering the effect that mark will have. So no,” I finish “I do not find it exciting”

The young lad looks at me for a moment, and taken aback, before replying methodically.

“I understand that the change you made is important to you. But don’t you think we all deserve a chance to feel powerful? To feel like we can make a difference? Even if you don’t agree with the cause, you can understand what it feels like to have a purpose. I think that is something they too deserve to feel.”

I stare at him in silence, and then back out the window at the protesters. The young man is right, I do know what it feels like to have a purpose. I think I miss it.

Driving home I gaze through the windshield, not really focusing on the road. I let my memory guide me while my mind wanders. The radio hums softly and I mostly ignore that too, until something the announcer says catches my attention. The voice is talking about the protest led by a college group in Centertown Park.

“The leader is very disappointed with today’s experience,” they explain.  I turn the dial up. “After a Pro Women-Conduct group showed up at the demonstration it took a violent turn and had to be shut down by police. Several bystanders were entangled in the hostility and are now speaking out against the movement.”

I sigh. I know from experience exactly the crippling effect this poor publicity can bring. The discouragement is a feeling I remember well, and I am no stranger to the effort needed to keep fighting in spite of social disdain. But I have no concern for them. Just as we once had, they’ve found their purpose, and believe in their cause. So they beat on, boats against the current, borne back ceaselessly into the past.