The clock says 1 a.m. I’ve been clutching my Winchester for three solid hours now. I know it isn’t much but it makes me feel a little safer. I made the meanest man alive very mad today. It had to happen. Some things in life you just don’t walk away and say nothing. Last year walk away is what I would have done; it’s weird how fast a person can change. I got stronger though. I don’t feel much stronger right now, but I know I am, at least in the mind if not in the body too. 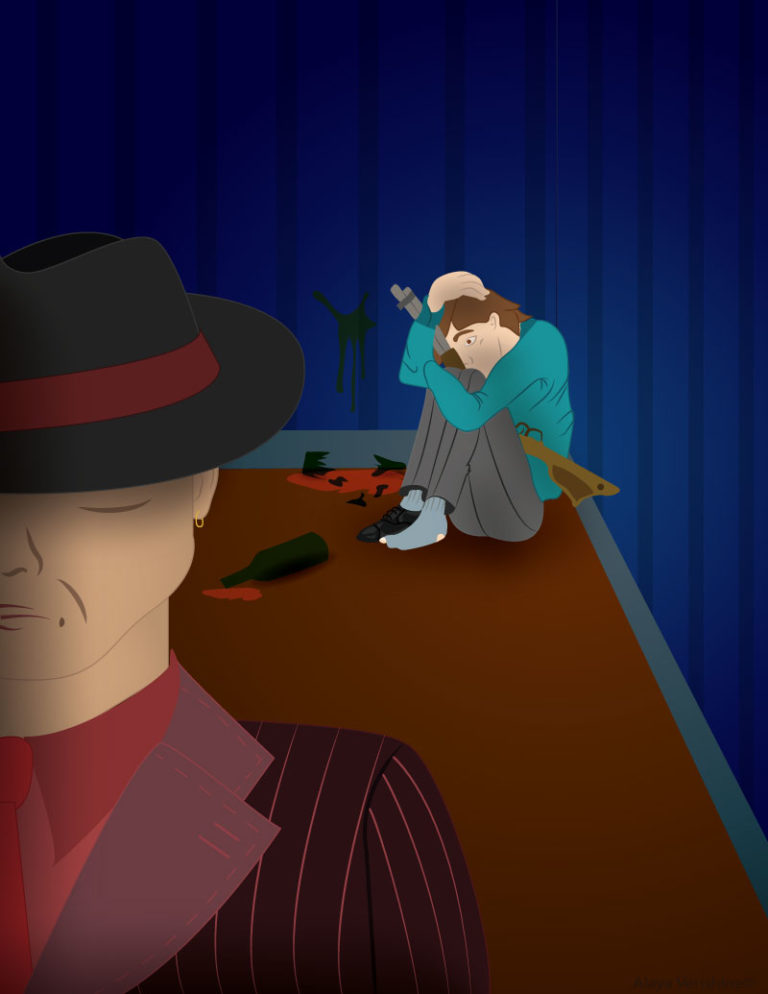 The clock says 1 a.m. I’ve been clutching my Winchester for three solid hours now. I know it isn’t much but it makes me feel a little safer. I made the meanest man alive very mad today. It had to happen. Some things in life you just don’t walk away and say nothing.

Last year walk away is what I would have done; it’s weird how fast a person can change. I got stronger though. I don’t feel much stronger right now, but I know I am, at least in the mind if not in the body too.

The clock says 1:05 a.m. Time moves so slowly when you’re waiting for the worst of it. I’m so glad I have my Winchester with me. When my older brother was still around he used to tell me about all of the trouble his Winchester got him out of. I miss my brother. He doesn’t come around much anymore since he fell out with the family.

1:10 a.m. I can’t help but wonder what he’ll do. With a man this bad it’s not even about if he’ll get you, it’s about how bad he’ll make it hurt before he’s done. I wish I had bullets here for my Winchester. My brother used to tell me a Winchester without bullets was just a fancy wall decoration. I would never hang my Winchester on the wall. It stays with me unless I’m somewhere I can’t take it. Hopefully it will be enough to scare him even without bullets.

I should have seen all of this coming a mile away. When you work for men like him you follow orders and that’s all there is to it. I just couldn’t do it though. Taking a life in defense is one thing, but there’s no choosing when and why you kill if you decide to work for the meanest man alive. I thought I was different. I don’t know why I thought that. I just did.

The clock says 1:15 a.m. I can hardly wait for the sunrise. Outside is good when you’ve got lots of people around. Night is usually when he strikes. Lucky for me, my ducks are already in a row and I’ve got enough supplies in my pack to last a week anywhere. I can’t say this is what I had in mind when I got up this morning. I had big plans for that money. Instead, I sit here hoping that morning comes sooner than usual. Mr. Anger is always very busy in the morning; he doesn’t like it when I call him that either. He says that since he’s the head of the family now we should call him Don, instead of Mr. Anger.

I know if I can make it to Sunrise there is a chance I can make him see it from my side. I could maybe try and arrange a meeting with the family and explain things to them too. He doesn’t even seem to listen to the family anymore though, but maybe that’s good for me. Maybe if the family can’t control him they will just get rid of him. Maybe I can just finish the job I was supposed to while he’s busy and everything will be fine? I don’t know. What kind of a world is this where I have to be scared of him or just as mean as him? This was never what I had in mind.

1:20 a.m. I’ve blocked off both doors just to be safe. My Winchester is shiny from being covered in sweat and needs to be wiped off. There is nothing for wiping except a dirty sock on the floor. I seriously hope I don’t have to go poop. I can always pee out the window but pooping means getting something to wipe with. My brother used to tell me to always keep toilet paper with you because you never know when you might be stranded and need to take a shit. Now I get it. For now, I don’t have to poop, but if I do, I have to unblock one of the doors and make a run for it. I wish I knew how to get hold of my brother. He would fix this.

1:40 a.m. I’ve been chewing on Tootsie Rolls for the last twenty minutes hoping the sugar will keep me awake. It’s a losing battle. I will set up some stuff for him to trip on and then try to get some sleep. My Winchester is facing the door just in case. Maybe a reminder of who he’s dealing with is all I need. That is mostly wishful thinking, but sometimes wishful thinking can keep you going on when you would just give up without it.

You may be asking yourself why I don’t just take my Winchester and try to pull off an ambush. Truth is, I’ve thought about it, but he has much better weapons than me. I would not stand a chance. At least in here, I can buy myself some time to figure out what to do next. If I ambush him and don’t kill him right away, there is no escape.
I think this is the maddest at me he’s ever been. The only other time I’ve seen him even close to this cross with me it didn’t end well. I barely escaped with my life. I wanted to go to the cops, but that is against family policy. Before my brother left, he always told me the cops were the real bad guys.

I got lucky this time and made Mr. Anger mad in public. If we would have been in private he would have likely done worse to me than last time, but everything in the family is hush-hush. Nobody likes to make a public scene. Mr. Anger says it’s bad for business and public perception. I guess nobody likes hiring a killer that doesn’t look like they run a good family.

The clock says 2:15 a.m. It’s getting pretty close to when he usually shows up; after the bars close. My older brother says the son of a bitch showing up drunk out of his mind and causing trouble was what made him leave the family in the first place.

You might be asking yourself why I would choose to be part of a family who treats its members so harshly; what can I really say? For one, when things are good so is the money I make. For two, you don’t choose your family. Your family chooses you. I got stuck with this one. I would like to just skip town and never come back like my brother did lots of the time, but what would change if I did? Am I the only one left who thinks this family can go back to enjoying the good times?

2:30 a.m. I can barely keep my eyes open but I can’t close them either. Most times he would be here by now. Not sure if this is good or bad. I never know what to expect anymore. Some days I’m not even sure who I am anymore. One day I’m a dumb gangster who refused an order from his crazy mob boss and the next I’m just a really smart little kid with a teddy bear named Winchester and an abusive, alcoholic stepfather named Donald Anger who works as an exterminator. 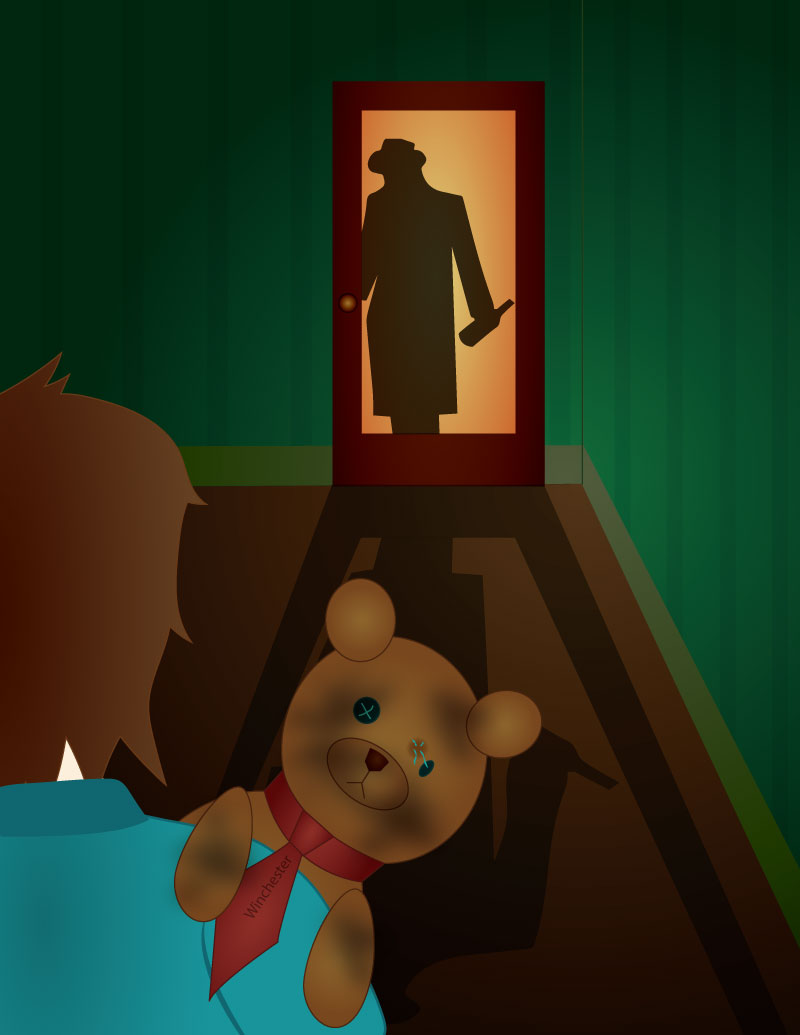