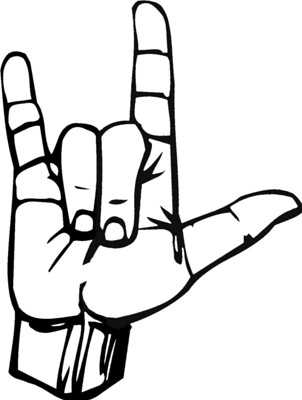 One day, I told a student I was going to be away the following week to take a course. His response was, “Ms. Roberts, don’t you think you’ve been in school long enough?” That was two degrees and a diploma ago. My family thinks there is no reason to go to school if you have a job. I disagree. I’ve spent most of my life in schools because there has always been something I wanted to learn or wanted to teach.

Many years ago, I went to school because I wanted to learn American Sign Language. I loved the language learning but loathed the social politics of my classmates and the field of sign language interpreting, so I left after completing the first level of training and moved to a small mountain town. One day, a friend told me about a job posting at the local elementary school for an educational assistant that knew sign language. Knowing that I had less training than was ideal, I was reluctant to apply. But it turned out that I was much less unqualified than anyone else available.  My main job responsibility was to sign everything spoken and to voice everything signed. This was okay until he got older and the teacher talk time became longer. By time the student began grade eight so much signing had caused severe tendonitis in my wrists. My hands couldn’t do up the buttons on my clothes or cut my morning eggs, so they certainly couldn’t sign. With the help of many heath care professionals I nursed my hands and went back to school.

But the student didn’t really continue with school. He was officially enrolled for a year or more after that, but his attendance was so sporadic that eventually the school stopped employing an interpreter for him. I remain shocked that authorities allowed an underage student to stop going to school, but I don’t blame the student for dropping off. Once school was not about learning through play, he was isolated from his peers. He did not have any role models. He didn’t know that deaf people can do everything hearing people can do except hear. Once I took him on a field trip to a school in the city that had a program for deaf students. There he saw Deaf teenaged sweethearts talking by the lockers. He was enthralled. He didn’t know deaf boys could have girlfriends. My capitalization of Deaf is not a typo. To be lower case d deaf is a disability; to be capital D Deaf is to belong to Deaf culture – to belong to the language and stories and history and community of the Deaf. For all the years I worked with the student, I advocated without success for him to go to the school we visited, or any other that had a program for deaf students. This would have given him language, peers and education. But his family refused to relocate or send him away to school in the city. The school refused to force their hand by admitting it couldn’t meet his needs. Today he is almost 30 years old and lives with his grandfather. He has less than a grade eight education and he does not have the literacy or language skills to work. He does not have agency.

That was my first lesson in education as a social justice issue.

When I first returned to school, I was enrolled in an English degree program; however, one of my first instructors suggested transferring to the Human Services degree program. As it turns out both were right for me, as I ended up following up my degree in Human Services with a diploma in teaching English. The intersection of social services and teaching was perfect training for the next part of my career – teaching English to newcomers to Canada. My adult students were primarily from east African countries like Ethiopia, Eritrea, Nigeria and The Sudan and all had what was referred to as limited formal education. They were not just drop outs. Some had left school because of war or famine or severe poverty. Others had to care for children, and some would have had to move to cities to go to school. Many had suffered trauma. I taught them the English language and Canadian culture and they taught me so much more. Two such lessons came from journal writing.

There was one student who was in my class for several semesters who always wrote the most superficial journal entries. They read like grade four social studies reports. I pressed him repeatedly to write more personally, and he did, and I was mortified. I was mortified because I had unwittingly pushed this student to talk about his most traumatic experience. In class, we had read a story about a natural disaster, so that was the writing topic that week. In response, the student wrote about the night a flash flood hit his village. Most of the adults drowned in their sleep. He was part of a group of about 30 young people and children who survived the flood and who walked across the desert for weeks looking for help. The youngest children died along the way before the group was eventually picked up by a UN convoy.

Another time, the class read a story about a dog who rescued its owner from a river. As a Canadian born person, I expected the journal entries to be feel-good stories like the one we read. This time a student wrote about the time she was kidnapped by rebels because her father was high ranking in the military. She was held in the jungle for two weeks before she heard her father’s voice calling out in the night. The rebel guarding her used her as a human shield. A sniper shot him as he held her, and she was freed.

That was my second lesson in education as a social justice issue.

For those first two lessons I did not have the terminology, social justice, to apply to what I learned from students. I didn’t have the terminology for it because in my own life, I had it and took it for granted. I learned that what I was learning was social justice when I returned to school to complete a master’s degree. As an English language instructor, I had taught students from over 35 different countries and those students taught me that I wanted to know more about adult education beyond the confines of ESL, so I studied adult learning and global change where I learned that not having education is a social justice issue. Even if you have a job.

I now teach high school English in an academic upgrading program at a small community college. Our adult students are mostly from this area. Some simply need a pre-requisite or two for further study at the college or a university, but many have had a very bad relationship with school in the past. Many of them don’t know it, but they are strong and resilient and trying to make their lives better.  Many prospective students have not made it back yet. In our province, almost half of our citizens do not read well enough to understand newspapers, instruction manuals, health information and basic legal documents such as rental agreements. And, two years ago, only just over two-thirds of grade twelve students graduated from our local high school. Yet, the number of students in academic upgrading at the community college is not overwhelming. I attribute this to a belief in our culture that the purpose of education is employment. If you have a job, then there is no reason to go to school. This sentiment makes me cringe. Because I know education is a social justice issue. Students teach me this over and over again.

Last year, a class I was teaching was reading an example of an essay that mentioned labour unions. One student stuck up their hand and stated that they did not know anything about unions and didn’t think any of their friends would either. Of course, this resulted in a lengthy discussion about labour unions that revealed that many other students were equally in the dark. At the end of the lesson they all walked away knowing that the union’s job is to protect the workers. That in the future, if they had a union job, they could go to the union when they felt mistreated.  They also had the new knowledge that the students’ union is there to advocate for students and that they could get involved with student advocacy.  Sometimes the diversion from the lesson is the real lesson.

In another class a student shared about how they had recently learned that education was a right. They had never understood this through their troubled school history where they felt that their struggles in education were a personal failing. With this new understanding, the student now feels entitled to education. This was important because we all need to feel we have the right to be where we are and if we have that right, then we can stand up for it. That is agency.

These were my most recent lessons in education as a social justice issue.

I may return to school one more time. Those who view education as a means to employment have asked, “what is the point of that?” I respond to this with an answer about contributing to my field and the merits of post-retirement teaching, but my inside voice silently responds, “because the students still have more to teach me.” A student once told me, “education is good, but you need your culture in your hand.” I think this is true, but we have two hands, one for education and one for culture. Clasped, they hold us up in life.

Cari-Ann Roberts Gotta is an English instructor in Selkirk College’s School of Academic Upgrading. Up until now she has written primarily academic articles published in professional association newsletters and most recently in the Journal of Vocational, Adult and Continuing Education and Training (JOVACET). Education in Hand is her first experience with writing a personal essay.

PrevPreviousCreating in the Time of COVID 19
NextStraight A Student: Evolutions in Researching Myself by Tressa FordNext