Straight A Student: Evolutions in Researching Myself by Tressa Ford 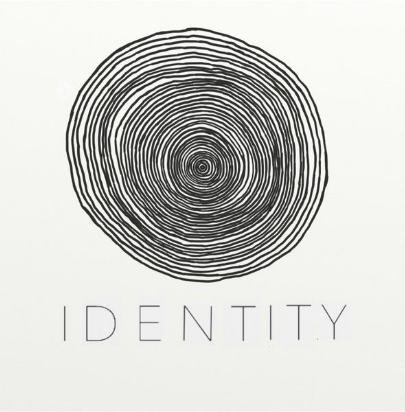 A label first suggested to me by friends in high school, a term that felt audacious even then. The linguistics are simple. You start with the prefix A-, signifying “not” or “without,” which is then glued to the base morpheme GENDER. A word that by nature connotes an absent space, a discordance in the “natural” order of things. In practice, it signifies a state of incomprehension, of looking inwards, searching for an internal label that pronounces definitively “male” or “female.” And never finding one.

My curious mind cannot let this matter rest. I pass people in the street and wonder how rude it would be to sit them down with a recorder and notepad and ask, “Excuse me sir/ma’am, where exactly in your inner constitution does it even say Woman? Man?”

I cannot tell if GENDER is friend or foe, and the antagonism of A-GENDER exhausts me. There’s no place to stand when living in the state of A-, no place to be that’s not in conflict with GENDER. And my quarrel was always with other people’s perceptions of gender anyway. Not gender itself.

I ease away from this term, turn instead to the appealingly modern NON-BINARY. If the first is a battleground, then the latter represents a neutral territory, a safe house located off the map. NON-BINARY doesn’t exclude that mystifying concept of GENDER – only stipulates one that isn’t confined to a binary existence.

Today, I look inside and find no battleground. Only uncharted lands and an internal label proudly proclaiming Here There Be Dragons.

-Characterized by or involving no romantic feelings; experiencing or expressing no feelings of romantic attraction or attachment towards others (Oxford English Dictionary)

A term that debuted in my life the first time a boy told me he loved me, and my heart seized with a special kind of dread. “No,” I wanted to say. “No, that’s not going to work out for you. For either of us.” Not out of insecurity or self-deprecation, but the fear of an unhappy future. A future where a relationship is worn down, eroded, through presumptions of sentiment, an unequal meeting of emotion. But how do you tell that to someone?

Not even sure if this deviation is a facet of me, my brain, or my environment, I at first accept the state of A- vs. ROMANTIC. I begin the conflict tactically, attempting to separate ROMANTIC from its mystique. Attempting to turn it into something logical, definable – something I can defeat. But it eludes my grasp, twisting and morphing, until I’m staring down the barrel of the far grander concept of LOVE. And like with gender, I question whether this is really the foe I want to face.

I retreat, turn in on myself, begin drafting the terms of a ceasefire. In the end, I am unable to externalize my conflict with ROMANTIC, unable to lay it at the feet of society and call it a day. The space between A- and its target is a gap fueled by my own confusion – bridgeable, but only when ROMANTIC starts making some damn sense. In the end, I let this label pass from my life.

2a: involving or reproducing by reproductive processes that do not involve the union of individuals or gametes

b: produced by asexual reproduction

3a: not involving, involved with, or relating to sex: devoid of sexuality

b: not having sexual feelings toward others: not experiencing sexual desire or attraction

4: not having or showing a particular sexual identity: neither male nor female

This final piece clicks into place to form a solid triad of dissonance, setting me solidly adrift from the human experiences of gender, romance, and sex. In a sci-fi story, I’m better suited to play a dispassionate vessel of AI than the relatable human protagonist. Still, I’ve got flesh and pulsing blood beneath my skin, so back to the drawing board for those looking to pin down that “Universal Human Experience.”

For many A-SEXUAL is a term exclusive to a textbook or a lab, but the clinical simplicity of this term doesn’t bother me. With it, I flip the narrative, transforming myself from subject to scientist, replacing the minority under the microscope with the majority.

Through observation and the subject interviews, I find that there is an observable force, like gravity, that exerts itself upon the majority of the populace. A force from which an estimated 1% of the population is exempt. Further qualitative research shows that this force is so great that many subjects struggle to imagine a reality in which sexual desire plays no role. What a luxury that must be – to be so comfortable in your normality.

I wrap up the results of my study, concluding that the dissonance is external and not my own. I shed it, gladly.

2a: Of the nature of or relating to autism; affected with or characteristic of autism.

b: In weakened use and colloquial (potentially offensive even when used without derogatory intent). Displaying any of various traits which might be considered suggestive of autism, such as awkwardness in social situations, restricted interests, or repetitive patterns of behaviour.

Fittingly, this label arrives last – the alphabet itself acknowledging my hesitation. I cannot attest to a formal diagnosis for this label, nor can I be confident in it while a sign over my head declares Imposer! Imposter!

But what I can attest to is that my brain straddles two worlds – the one I experience, and the one that everyone else does. Each world has its own rulebook, knowledge of which is difficult to ascertain. Information is gathered through careful observation of others, taking notes on things like public comportment and voice inflection. Compiling files labelled “Oversharing,” “Small Talk,” and “Eye Contact.” Social and communication skills are maintained at a passing level through constant revision and self-editing. And every instance in memory where I failed to read a room is archived and analyzed so that the next conversation will go better.

And when my world is rocked with the waves of the other, well… In the privacy of my own space, I don’t have to pretend as hard. I seek comfort in the repetitive motions of braiding hair, the predictability of a favourite episode. Chewing on the same story for months, years even, regardless of what else in my life changes. Though these practices are well-established, new words like “stimming” and “hyperfixation” sneak into the internal dictionary of my world. Words that I can research and understand. Words that tell me I’m not the only one.

But in the end, I retreat to the safe neutrality of N’s once more. This time I find refuge in the fluidity of “NEURODIVERGENT” – a term that is just broad enough to be sure I fit. Good enough for now.

The final “A” of this study is “Abnormal,” whose effects on personality and personhood require a lifetime of diligent study. The art of taking pride in abnormality even more so.

Tressa Ford is a queer writer and an eternal student. They were born and raised in the Kootenays, but have had many different homes. Their love of writing is born out of a deep and abiding respect for the power of stories.