The Blood You Aren’t Born With 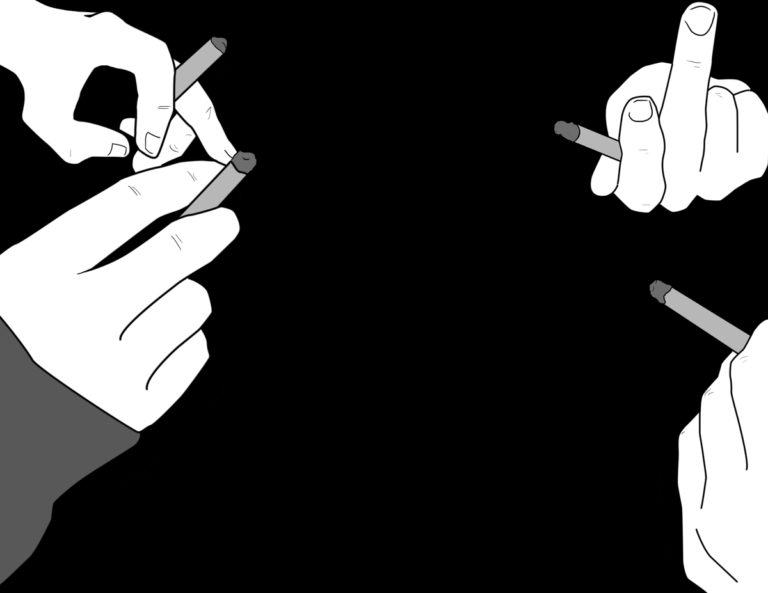 1. I remember the hymns of these words like a late-night infomercial; people telling me to move on. People telling me to get over the fact that I don’t know my dad. It sounded the same each time, coming from different lips. Therapists and lovers. If you have a dysfunctional family, there are other options out there for you. You can gather family in new people. Someone you just met on the street, a man which you, by tender accident, brushed against at a train station. Someone you’ve been sleeping with to fill the void of what feels like a swollen water ballooned chest of loneliness. You can gather new family in a co-worker, asking her how her weekend was like an inflamed mother would. Or a teacher, imagining him as your father, teaching you what to do and what not to do. Letting your heart liquefy when he tells you you’re doing an exquisite job. There are other options if you aren’t close with your relatives. If you’ve never met your father. If you and your brother just aren’t as close as you hoped you’d be. Thing is they think they’ve got any idea what it feels like to be alone.

2.It was sunny, I was eighteen years old. The date was approximately somewhere in January 2014. I looked like a boy because I had just cut my hair short, dying it black, and letting it sweep across my forehead like a mysterious window drape. I wore baggy jeans I’d picked up the night before at Value Village. I wanted to look good for my new roommates. Just before puttering up my new cement steps, I looked back at my car. Blue and dented. Filled with broken boxes overflowing. I’d been living with my grandmother, and she requested that I leave the night before. She had quite a large home, but always desired living alone. It wasn’t a shock to me that I was in such a dire situation. And so, my used sneakers scuffed the steps through my new lawn, and before I could grab hold of the door knob, a tall, wide silhouette of a man stole parts of my sunlight. He asked me if I needed help unloading. He let the words float from his mouth like he was confident or something. I desired to feel such courage. I attempted to sound calm, saying yes. I always felt self-conscious when meeting new people, especially ones I met on Kijiji in the “Roommates” section. After unloading, Nigel, the man who helped me in, and his friend Rob gestured for me to sit down around a coffee table in their living room. There was smudged cigarette ash smeared on it, as if someone tried to clean it in a hurry. There were two women already seated, rolling a joint. One named Tabby, middle aged, who looked like she’d done too many drugs and her friend Kristin, significantly younger, heavy in the face. They weren’t intimidating. One gave me a gentle stare, as if to say she didn’t feel threatened. I smiled back. Nigel cracked a beer and offered me one; I accepted, dropping my backpack.

3.I’d been taking a paramedics course, and my days were busy in the beginning with school and work. I arrived home from class one evening, finding out that Tabby had a daughter, named Tamisha. She was sixteen years old and she was moving in. She had clear skin and a sassy look on her face. Purple on her eyelids, and long mocha colored hair. She was sitting on our couch, scrolling through her phone. I said hello to her, not knowing who she was, and wandered downstairs to my room. She had apparently been through several foster homes before deciding to move back. In the weeks following, I learned specific things about Tamisha. She was a lesbian, and she had her girlfriend Cheyenne move into her bedroom, right beside mine. Tamisha was quiet, and usually when she spoke it was with cheek or nasty reply. Tamisha and her girlfriend often fought. Afterwards, when Cheyenne would run off for weeks at a time, Tamisha clung to me like over-boiled pasta. Tamisha and her mother had a very unusual relationship. They were like two drama queens in high school, fighting for popularity. Tabby was often high on a different drug each day, and Tamisha was often drunk. One day, I came home to Tamisha screaming at her mother as if she made all the bad in the world. My chest tightened. One time they fist fought the same way the different colors inside of a flame dance with one another. I always felt awkward coming home to such tragedies. I felt like water, like I shouldn’t have been there. Like I had no business in putting them out.

4.February arrived, and I dropped out of my paramedics course, thinking it was more important to work and be a part of the action that was my everyday life in my new home. More people moved in as the weeks progressed, and Tabby’s friend Kristen eventually moved in upstairs. Nigel moved out, and then back in. Tabby’s boyfriend who’d then been released from prison often stayed late at the house. And for extra cash, Tabby let a young roofer crash on our community couch. Bodies were constantly fluctuating. Always new energies, new stories. New dramas. It was lovely. No one stayed, and no one left. The walls held so much life inside. Everyone in the house worked at the same job, excluding me until I dropped out of my course. I joined them, and we did contract work on the outskirts of Calgary. Building houses, sanding, getting paid cash daily. Our quirky colloquy and age gaps plummeted across the empty rooms we worked in. I’d never fully understood proper family dynamic, but perhaps this was it. Often, we had twelve-hour days, and we’d forget the time, laughing so outrageously. Hot boxing ourselves in the car after work, ordering entire menus in drive through windows. I remembered landmarks on the way home—the giant ape hanging from a movie theatre, the sunset looking like a subtle wave spilling over the road. Looking to my left, seeing Tamisha singing along to the radio, I felt safe.

5.One night at 3 A.M. I awoke in my black bedroom to the sound of Tabby screaming. I wiped my eyes and shook myself to be alert. I heard a man yell. Without thinking of protection, I ripped my door open, diving up the stairs. When I got to the top, I was stopped by the hands of everyone in the house, serving as caution tape. Tabby was being beat by her boyfriend. His palm was clenched against her neck and Tabby’s eyes looked as if she were a rodent in the wild, trembling with fright. My stomach did an unsettling dance and I felt a sudden and disturbing loss of control. Suddenly Nigel approached the scene and slammed his head against Tabby’s boyfriend’s, creating a waterfall of blood. After the fight, blood stayed on everything. It lingered everywhere like soap grime that builds up on bathroom sinks. I slept in my car.

6.At the end of my time at the house, things really fell apart. Tabby ended up having to leave Calgary, running from the police. Tamisha was put in the hospital due to a suicide attempt. Cheyenne moved in with her mother. Nigel left Calgary and Kristen got a boyfriend. Even though the events were generally toxic, I keep more positive memories than bad. The people who lived in the house ended up shaping my character. After feeling entirely alone for so long, I’d finally felt a part of something, even if it were destruction. I was a part of their violence, their dramatic theatre group. I was always taken care of, even if their way of caring for someone was a cigarette and a shot of Whiskey. “Fuck em’, was a popular phrase. So vulgar, yet simple and resonating. I found relief in the instability those walls held. I found family there. 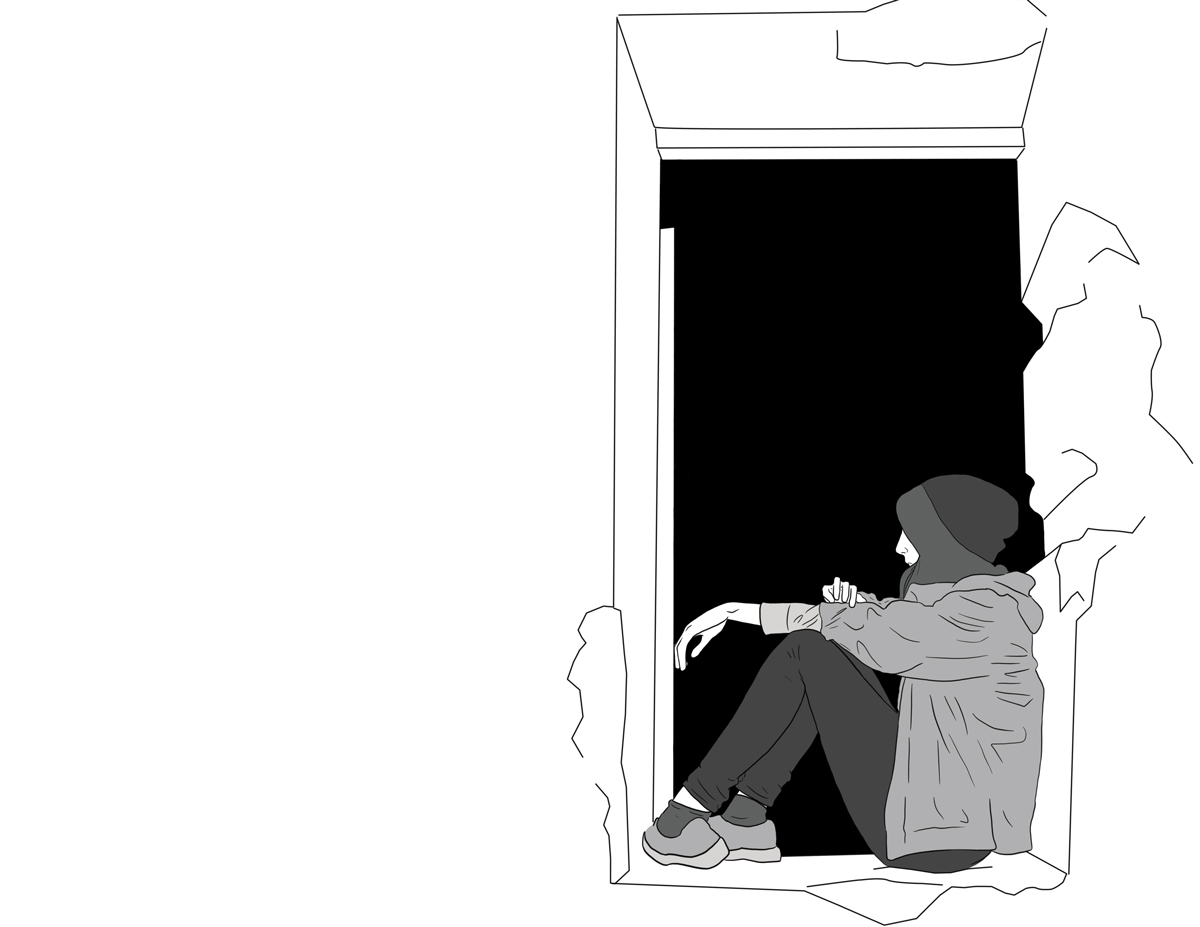 Jordan Grant is a student of the Associate of Arts program at Selkirk College, focusing in on creative writing, poetry, and literature. Writing has always been a passion of hers since a young age, and she revels in the healing power of words. To read more of her writing, tune into her Instagram: @emeraldthighs

Nelson based and soon to be graduate, Charlie plans to keep making realistic paintings to make way through the art industry and bring joy through her work.